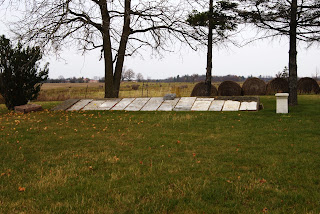 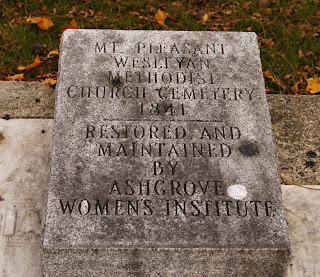 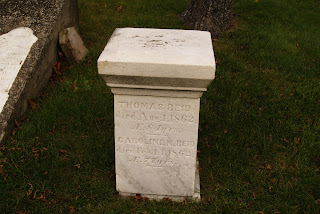 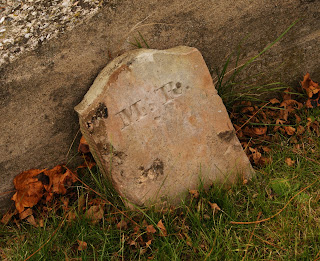 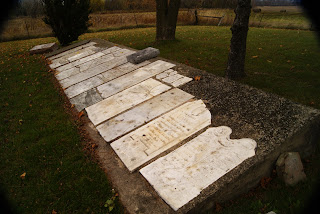 Mount Pleasant Wesleyan Methodist Cemetery is located at 10579 Trafalgar Road in Halton Hills. It is situated on the east side of the road just south of Stewarttown in Halton Hills.

In April of 1833 an innkeeper by the name of George Thompson sold to a group of trustees for the sum of 50 pounds one acre of land to be used as a burial ground and site for a school and meeting house.  A rough cast chapel was apparently built on the property in 1844, but was closed in 1858 when Thomas Thompson donated land for the Stewarttown Wesleyan Church, which opened in 1859.  The cemetery still received burials after the church was relocated, but it soon fell into despair.

The cemetery was eventually restored by the Ashgrove Women's Institute.
at November 10, 2011