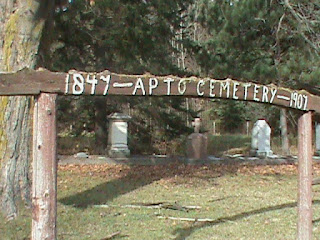 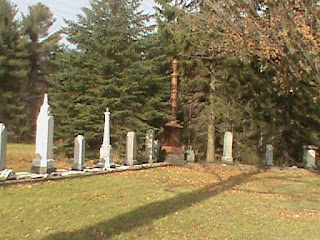 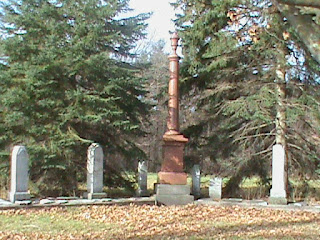 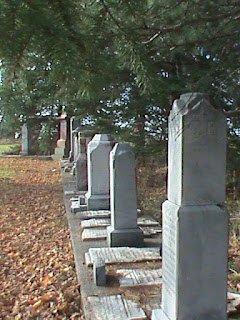 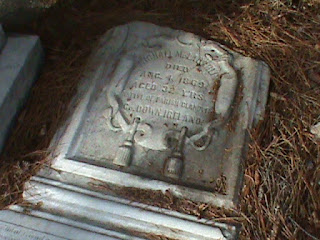 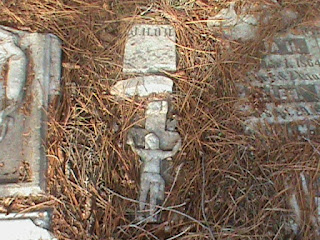 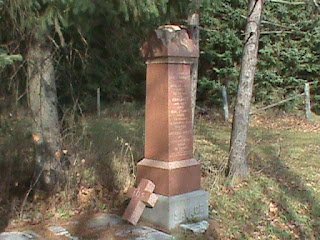 The land that the cemetery is situated on was donated by Patrick McAvoy in 1855 and was deed to the Roman Catholic Church in 1856.  There are burials on this land that predate the deed, probably by the McAvoy family who had buried several family members starting in 1847.

Back in the mid 1800's, Apto was a stop over for those travelling between Barrie and Penetanguishene.

The site supported a church building and rectory until 1904 when the buildings were sold for $ 2,400.00. and eventually demolished. The parish was relocated and a new cemetery was established in Midhurst. The old cemetery continued in use until 1908 when the last burial of Michael Kelly took place.

In 1998, what was left of the old head stones were gathering into a cairn. The cairn was positioned between three family monuments, Hayes, McMahon and Savage, which still stand in there original positions.

Email ThisBlogThis!Share to TwitterShare to FacebookShare to Pinterest
Location: Minesing, ON, Canada 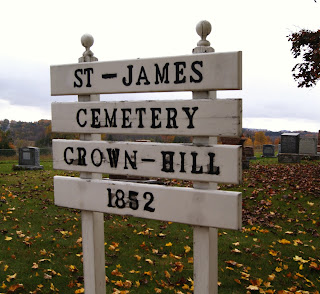 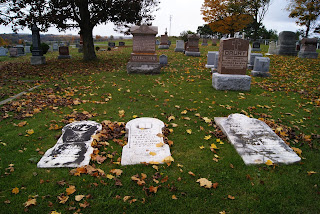 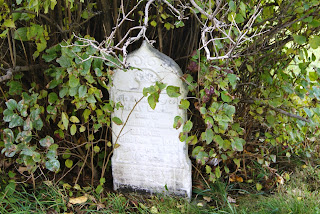 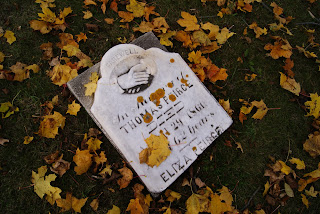 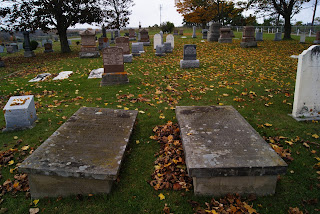 The land for the Anglican Church and cemetery was donated by Thomas Mair in 1852. Services were held for over a century, then the last Anglican service was held on Easter Sunday in 1970.  Since 1984 the Greek Orthodox church has held services here.

The cemetery contains the final resting place for many of the original settlers of the area. Some of the more notable burials are that of the Honourable Ernest Charles Drury, Premier of Ontario 1919 - 1923 and Gilbert Ord Lightbourn, O.B.E, M.A., D.D, Archdeacon of Simcoe.

Burials still continue for both the Anglican and Greek Orthodox parishes.
at November 01, 2015 No comments:

Email ThisBlogThis!Share to TwitterShare to FacebookShare to Pinterest
Location: Springwater, ON, Canada 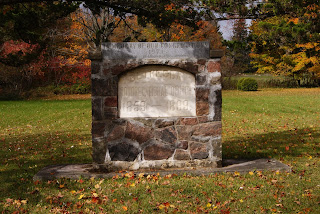 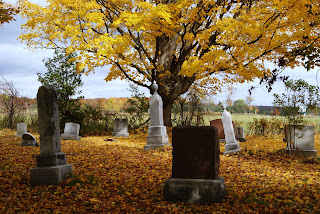 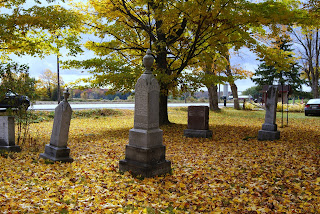 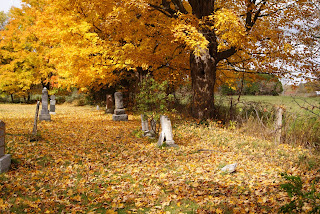 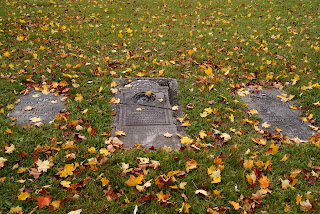 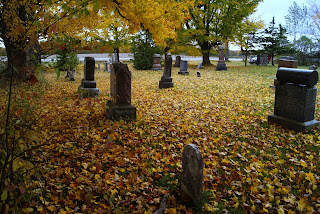 Bethesda Congregational Cemetery is located on the north side of Old Barrie Rd, just west of Line 2 in Oro-Medonte.  The congregation was originally established in 1838 by Rev. Ari Raymond and his wife who were sent to the area by the Congregational Church Mission in Boston to administer to the black community.

The original church on this site burnt to the ground in 1845. In 1846 Rev. Raymond built another house on this land and held services in the kitchen for many years.  In 1859 another wooden framed church was built and it was bricked over in 1890.  The congregation closed in 1899 and the church building was finally removed in 1965. In 1971 a memorial cairn was erected on the property.

The first burial took place around the early 1830's the last was in 2010.  The cemetery still receives burials for those who hold family plots.
at October 22, 2015 No comments: