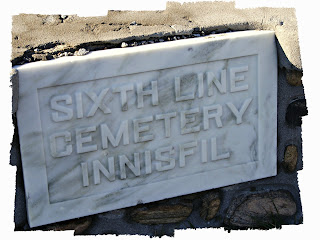 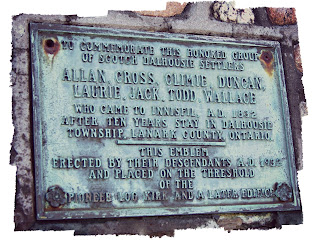 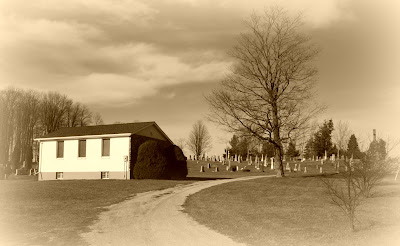 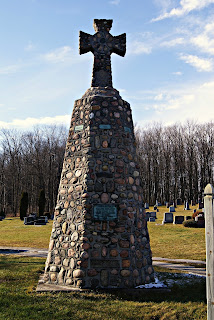 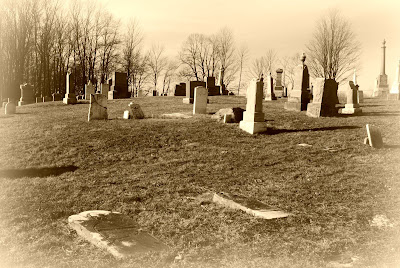 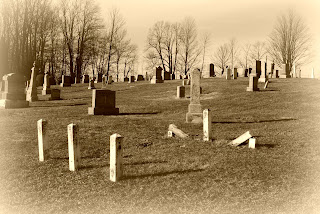 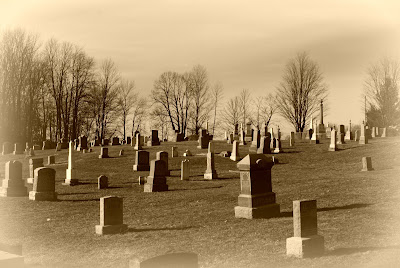 Located on the west side of Hwy 11 (Yonge St), just south of the Sixth Line in the Town of Innisfil is the Sixth Line Cemetery.  Originally used by the Presbyterians it was established in 1840.

At the entrance there is a natural fieldstone cairn topped by an Ionian Cross.  The cairn bears plaques dedicated to a group of Scotch Dalhousie Settlers who came to Innisfil in 1832 from Dalhousie Twp Lanak County Ontario.  The plaque was placed by their descendants in 1932 on the threshold of the Pioneer log Kirk and later another building.  A church was on the property for some years and was probably removed after the amalgamation of congregations in the 1950’s.

The settler burials are located more to the north of the property, which is probably where the original church building once stood.  According to the Illustrated Atlas of the County of Simcoe 1881.  A church stood at the N/E corner of the property with the cemetery behind and just to the south.

Today the cemetery is non-denominational and managed by the Town of Innisfil and still receives burials.
at March 03, 2013 No comments: