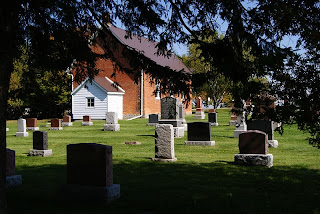 Peach's Primitive Methodist Church  Cemetery, aka Peach's United Church Cemetery is located at the N/W corner of McCowan Rd and Elgin Mills Rd., E. in the town of Markham.  Although, the church and cemetery were established in 1847 the land was not donated to the Primitive Methodist Church until 1863 by Thomas Peach.  Prior to that year the congregation met at the school house which was located on the S/E corner. It was closed and renovated then moved to the N/W corner.
A stipulation was made by Thomas Peach with the donation of land for the cemetery, and that was all plots were to be free.  The cemetery was enlarged 1891, both Thomas and his wife Catherine are buried here.
The cemetery still received burial for those with family plots and is managed by the United Church of Canada.
at September 29, 2011 No comments: 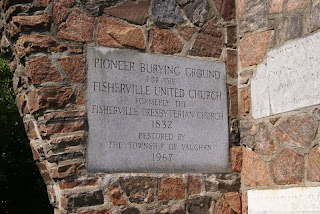 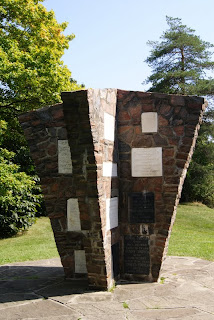 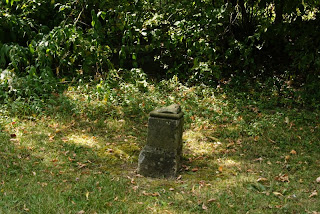 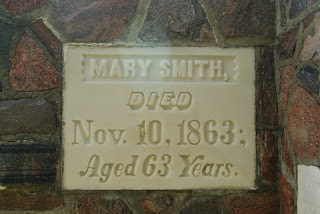 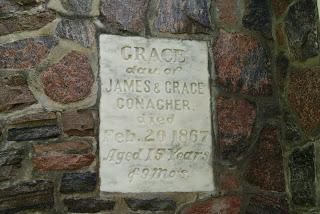 Fisherville Presbyterian Church Cemetery, aka Fisherville United Church Cemetery is located up a steep embankment on the north side of Steeles Ave, just east of Dufferin Street in the Thornhill area of the City of Vaughan.
Fisherville was founded by Jacob Fisher who in 1797 migrated with 22 members of his family from Pennsylvania to this area. He received a track of land that was located on the north side of what is now Steeles Ave and east of Dufferin Street were he established a sawmill.  His daughter Elizabeth Fisher, would later marry Daniel Stong who's farm was located at the south east corner of Jane Street and Steeles Ave, what is now the grounds of York University and Black Creek Pioneer Village. The houses and barns of the Stong Farm are now preserved and part of Black Creek Pioneer Village.
The church and cemetery were established around 1836, the earliest marker is 1840 for Isabel Watson.  The cemetery was closed to burials in 1905 and the church building was moved to Black Creek Pioneer Village in 1960.  The site was restored by the Twp of Vaughan in 1967, today it is maintained by the City of Vaughan.
at September 15, 2011 2 comments: 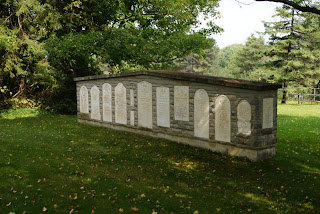 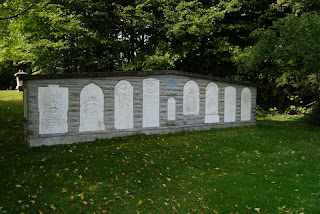 Brown's Wesleyan Methodist Cemetery is located at the north end of the Caledon East Public Cemetery in Caledon East on the west side of Airport Road just south of Hwy 9. The land was originally donated by James Brown and his wife Mary Kyle Brown  around 1850 for a church and cemetery.
The church was moved from its original location on this lot in 1915 to the side then sold in 1938 for $ 64.00 and dismantled and removed in 1942.  The earliest marker is for 1850 and the last for the Wesleyan Methodist parish is for 1964.
A cairn with early headstones from the original cemetery is located at the north east corner of the original cemetery site.  Today the site is maintained by the Town of Caledon.
at September 15, 2011 1 comment: