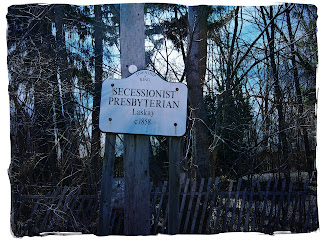 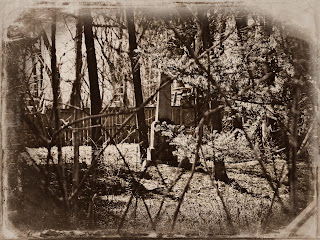 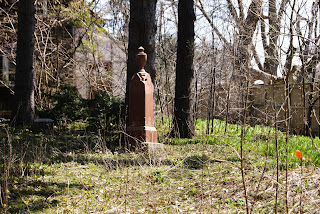 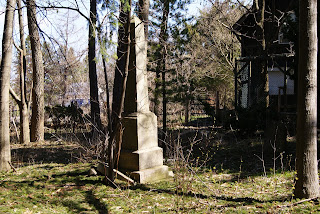 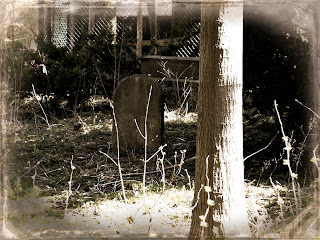 The cemetery was abandoned in 1884 after only seeing 26 years of service. This was probably due to the establishing of the King City Community Cemetery 1886.  A number of graves from this site have been relocated to the King City Cemetery.

There are only two tall family monuments and another two single headstones visible on the property.  A fence surrounds the site making it not accessible along with signs stating "no trespassing, private property." A private home is just to the east of the cemetery on the same lot.

Update: A re-visit happend in Sept 2019. It appears that some restoration work is going to be completed on this property as the fence has been removed. I was able to see much more than on my first visit. There appears to be more grave markers than I originally saw. They go right up to the back door of the house. Although, I wandered around in the cemetery a little, I was mindful that the house is still a private residence. 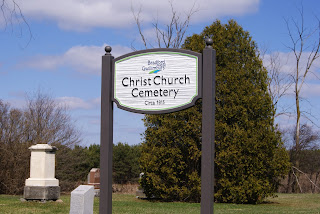 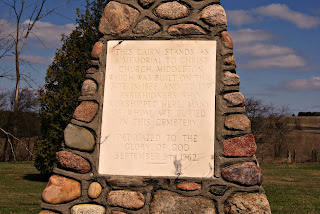 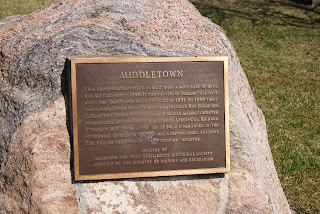 Christ Church Cemetery is located on the north side of Hwy 88 east of Hwy 400 in Bradford West Gwillambury. This was the site of the first Anglican Church in this area.   It was the center of the religious and social life of the hamlet of Middletown in the heyday of the Old Plank Road in the 1850’s and 1860’s.

The Stoddars Family, aka Stoddart were the first to arrive in the area. John Stoddars arriving in 1817, his son James received a patent for 200 acres in 1838, he and his wife Mary gave an acre of land to the Bishop of the Dioceses for the sum of 5 shillings.  A small additional plot at the front west corner was sold by Hugh D. Stoddars to the Rector Charles Ruthann and trustees in 1868 for 80 pounds.

The wooden church was replaced by a brick one in 1856 and the vestry was added in 1882.  The hamlet dwindled and the church closed in the 1900’s and then was eventually demolished in the 1940’s leaving behind the cemetery.

The earliest burial appears to be that of Mary Ann Stoddart who died on June 11, 1815 at the age of 10.  Burials continued up until the late 1800’s just prior to the church’s closing. Two cairns were erected in 1962, the first being dedicated to Christ Church and its parishioners who worshiped here. Many of these people are buried on this site.  The second is the Historical Society Plaque describing the settlement of the area. 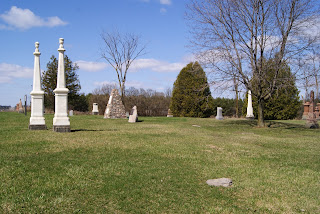 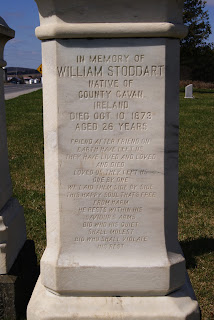 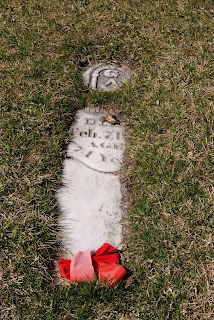 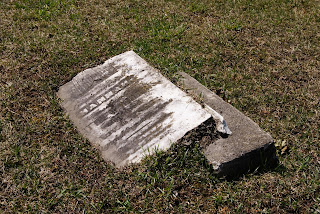 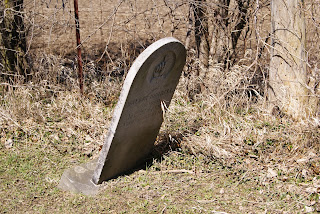 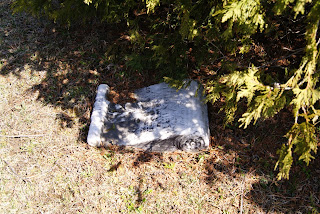 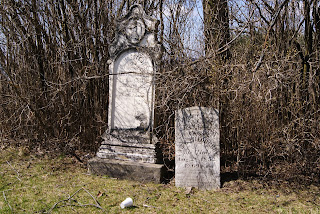