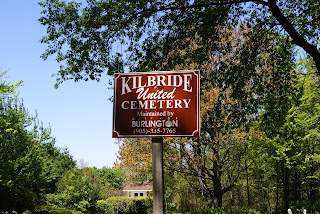 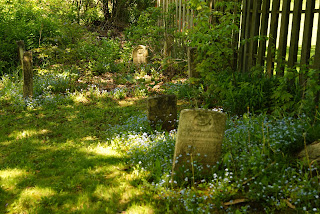 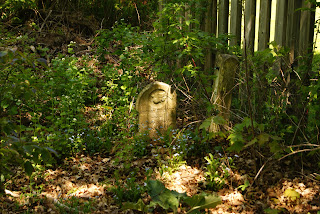 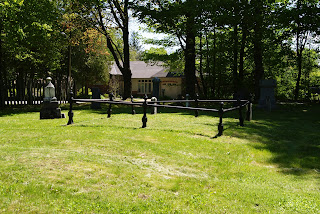 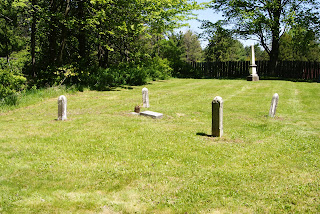 Kilbride Pioneer Cemetery is located on the north side of 8th Side Road or East Street, about 3 kms west of Guelph Line.  The village of Kilbride was named after a town in County Wicklow Ireland.

The land were the cemetery is located was donated by Mr. & Mrs. George Hardbottle in 1860.  George's wife Rhoda deeded the land for the cemetery for the sum of five dollars.

The church was known as the Zion Methodist Church, New Connection and just a few years after it was built it was relocated to a more central location in the village.

Most of the burials in the cemetery occurred during the mid to the late 1800's. The latest marker has a date of 1901, the earliest is for the Zimmerman family for a burial that occurred in 1854.  The family marker is still on the property, although the names are weathered the family name is still very legible.

The grounds are today maintained by the City of Burlington. 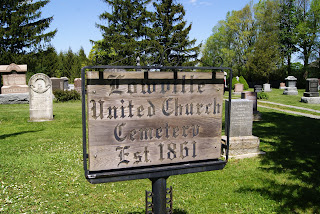 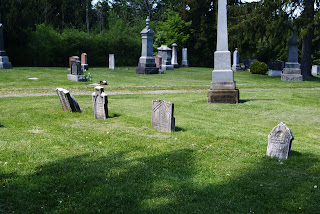 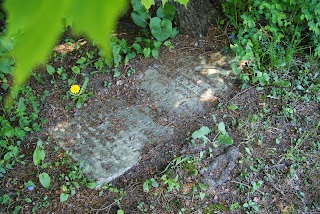 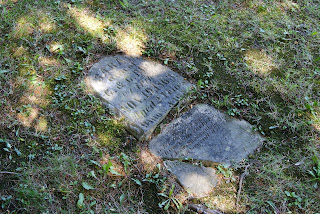 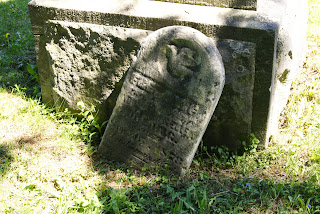 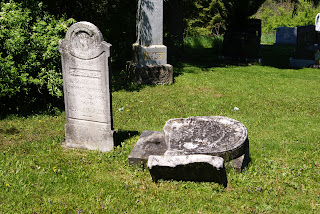 Lowville United Cemetery is located on the north side of Britannia Rd, west of Guelph Line in the village of Lowville, now part of the City of Burlington.

The first 1/2 acre of land was purchased by the trustees from Gideon Buck in 1864, another acre was donated in 1906 by Edwin Coulson.  In 1955 another piece of and was donated by Howard Coulson and finally in 1972, .0652 acres was donated by Mrs. Irma Coulson.  The Coulson family still reside in the area and probably have the majority of burials in the cemetery.

One of the first burials was that of a man named Jackson in 1854.  He had died of a rare decease and medical students wanted his body for study.  For weeks friends of Jackson's stood guard near his grave to prevent his body from being disturbed.  Finally, they filled his grave with rocks and boulders and left it unmarked.

Today the site is maintained by the Lowville United Church Cemetery Board, Jackson's grave is some where still unmarked and undisturbed and the cemetery still receives burials.
at May 11, 2012 No comments:

Email ThisBlogThis!Share to TwitterShare to FacebookShare to Pinterest
Location: 2593-2737 Britannia Rd, Burlington, ON L7P 0A8, Canada 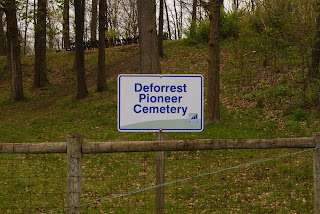 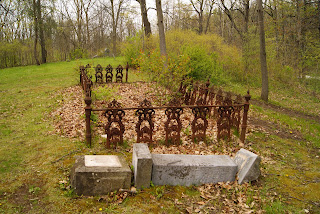 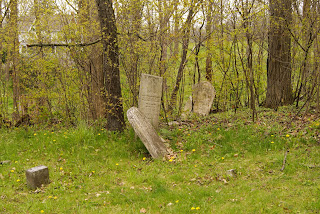 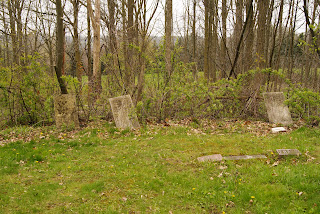 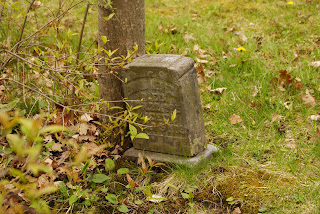 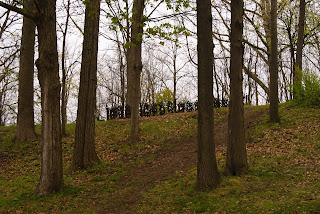 The Deforrest Cemetery is located on the N/W corner of Derry Rd and Walkers Line in the Town of Milton.  Not much is know about it other than the land was a crown grant to Elizabeth Deforrest. The 1877 Historical Atlas of Halton County shows that this particular piece of land belonged to John Deforrest.  However, there is no indication of a cemetery on the property at that time.

Some say that the cemetery belonged to the Anglicans, others say that it belonged to the Methodists. Others claim that it was started out of necessity by the Deforrest family with others from the area also being buried there.  Other than that there is not much else known.

The cemetery today is in the care of the Town of Milton.

Bloomfield Cemetery is located on the west side of 6th Line, south of Steeles Ave in the Town of Milton.  The cemetery was established on land donated by Richard Bloomfield in 1835.  In 1836 a wooden church was built to serve the Methodist congregation, which continued until 1876 when a new church was built in Hornby.  The old church building was split into two to build drive sheds for neighboring farms.

In 1963 the Oakville Cemetery Board restored the old cemetery setting the headstones in cement.  Unfortunately, only one of these cairns exists today the one in the center of the property.  The one on the south side has become overgrown with lilac bushes and the stones that were originally placed in it have toppled over.  These stones are starting to deteriorate and most of the inscriptions are now illegible.

The cemetery today is in the care of the Town of Milton.