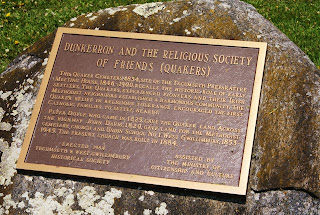 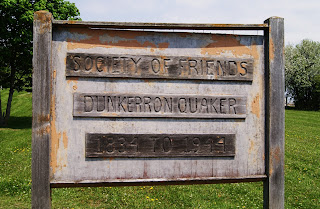 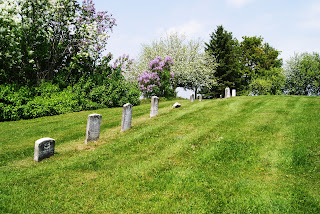 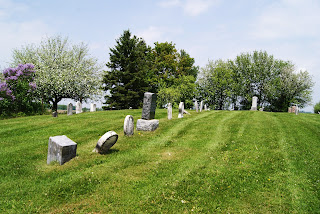 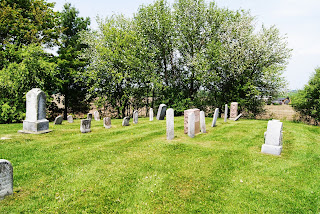 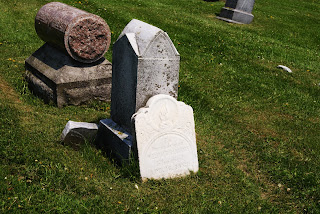 This small cemetery lies on the side of a hill at the north-west corner of Hwy 27 and 3rd Line in Tecumseth.  It is all that remains of a community of Quakers that had its roots in the early Yonge Street at Newmarket, which spread into West Gwilliambury and Tecumseth.

Peter Doyle, a Quaker, then of Whitechurch, purchased the south part of Lot 24, concession 3 about 100 acres in 1825 from Samuel Manning for the sum of 50 pounds.  In April of 1834 Doyle gave the S.E. corner of 2 acres to the Trustees of the Society of Friends for the consideration of 10 shillings.

The land did have a wooden meeting house similar to the one that stands today on Yonge Street in Newmarket.  The meeting house was still on the property in 1912 but was closed by that time.  There is no record of when it was removed.  The last burial in the cemetery was believed to be in 1944.