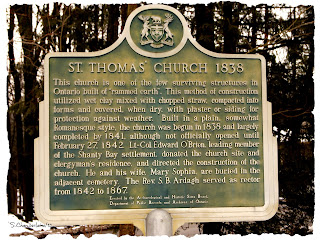 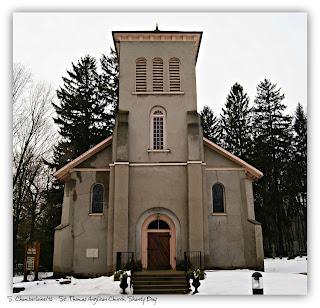 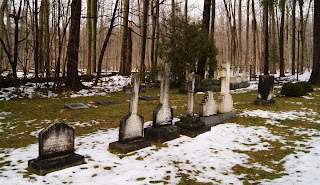 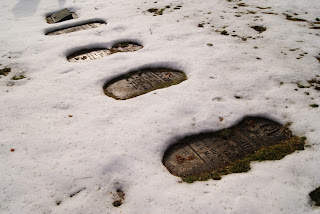 St. Thomas Anglican Church Cemetery is located at the corner of Line 2 and Church St in Shanty Bay.  The land which the church and cemetery are located was donated by Lt.-Col Edward O’Brien in 1838.

The cemetery was established around 1840 with the burial of the infant son of Meyrick Whitey and Ellen Lally.  Lt-Col. O’Brien and his wife Mary Sophia are both buried in the cemetery, their grave is the only one marked by a celtic cross.


The church and cemetery are still in use to this day. The building is one of the few remaining buildings in Ontario that was built using the “rammed earth” method and is a designated historical site.
at January 17, 2013

Email ThisBlogThis!Share to TwitterShare to FacebookShare to Pinterest
Location: Shanty Bay, ON, Canada