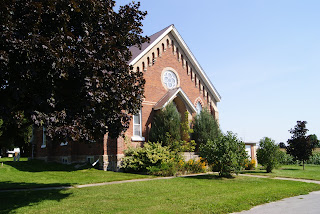 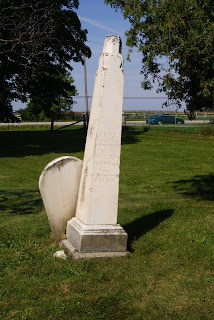 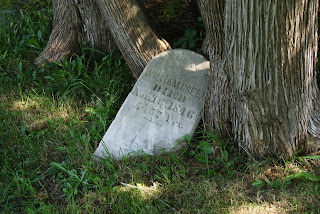 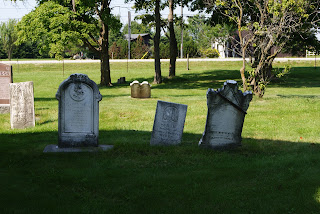 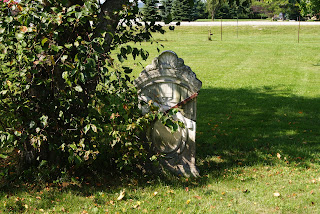 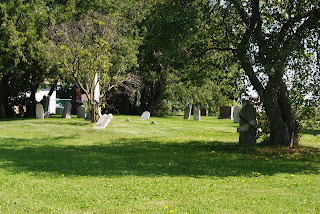 The cemetery and church are located on the N/E corner of Hwy 27 and 3rd Line in the tiny hamlet of Dunkerron in Bradford West Gwilliambury.  It was established in 1820, when the son of John Davis, William, at the age of 25  was killed while felling a tree.

John did not receive the patent for this land until 1837, then in 1856 he gave 2 rods and 9/10 perches of this land for a church and cemetery for the sum of 10 shillings.

The church and burial ground where originally Methodist in denomination.  The original frame church, which also served as a school, stood just west of the present day church near the corner of now Hwy 27 and 3rd Line.

In 1884 the present day church was built, the pathway to the church was directly over the grave of the Davis family, so the stone was relocated to the east fence.

In 1925 the congregation joined the United Church of Canada and burials have continued well into the 20th century.  The church appears to still be in use.